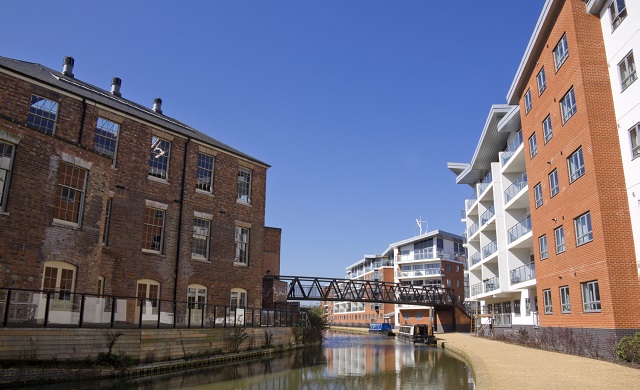 On average, 13 people move to Milton Keynes every day, making it one of the fastest growing cities in the UK. We have all heard the negative stories about too many roundabouts and a lack of identity, but this couldn’t be further from the truth. To help you get to know more about the real Milton Keynes, we have rounded up a top ten list of the benefits of living in MK and why there is more than meets the eye beneath the grid system.

1. It is great for getting around

Due to its geographical location within the UK, the transport links within Milton Keynes make it a commuter haven. Whether you are looking for a city with good links to London or Birmingham, Milton Keynes offers fast train services so that you can be in either city in less than 45 minutes. With good road links and proximity to the M1, it also offers easy reach to Bedford, Luton, Northampton and Cambridge.  On top of this, there are five international airports within 90 minutes’ drive meaning you are never too far away to escape to a sunny destination abroad.

Whilst there may be over 130 roundabouts and an infamous American grid system, Milton Keynes surprisingly offers residents a lot of green space in the form of beautiful parks. There are over 200 parks in Milton Keynes including Willen Lake South Park where you can tackle a high rope adventure or splash about in the outdoor water park, Campbell Park where you can admire the sculptures and catch a game of local cricket or Linford Lakes Nature Reserve where you can spot herons, otters, owls or deer in their natural habitats. This also provides plenty of opportunities to go for leisurely strolls or bike rides at the weekend.

3. It is a good place to find work and purchase a property

Statistics within the last three years show that there are 67.7 start-up businesses per 10,000 people in Milton Keynes, second only to the capital. It is home to many businesses such as Mercedes-Benz, BP, Dominoes, Red Bull Racing and Argos providing plenty of career opportunities within the area, so it is no surprise that it is also an affordable place to get on the property ladder. Property prices also provide an attraction to those looking for a new base outside of London. According to latest valuation figures, the average property price is £305,271 in Milton Keynes, which is less than half the price of living within the capital, where the average property price is £636,363 in London.

4. The city is host to surprising tech innovation and testing

Forget Silicon Valley – Milton Keynes is the new home to unique technology trials. If you happen to order a takeaway, don’t be surprised if you encounter a little white robot greeting you at your door with your margarita pizza. Starship Technologies have deployed these robots which features sensors for detecting obstacles, nine cameras and GPS technology to help them navigate their way along the grid system. Milton Keynes is also trialling Aurrigo self-driving pods within the city centre that can travel up to 15 miles per hour and last up to one hour off a single charge for members of the public to utilise as a new mode of transport.

5. You are never too far away from water

At face value, Milton Keynes couldn’t be further from the sea, yet the city is home to 15 beautiful lakes and 11 miles of canals. You can take a leisurely boat ride down the Grand Union Canal and visit the country’s smallest canal lock at Fenny Stratford or have a picnic by the windmill at Caldecotte Lake.

6. For a new town, MK boasts a lot of history

Even though Milton Keynes was elected as a new town on 23 January 1967, it is steeped in history. Bletchley Park was vital to winning World War II where 10,000 citizens from all walks of life helped to crack enemy codes and communication in secret. Bradwell Priory was founded in 1154 by Benedictine Monks and is listed as a nationally important scheduled monument. For car (and James Bond) lovers, Newport Pagnell is the birthplace of Aston Martin. Stadium MK (the polarising home of MK Dons) hosted record amounts of visitors during the 2015 Rugby World Cup to watch international matches of France v Canada, Fiji v Uruguay and Samoa v Japan. And finally, Milton Keynes has shaped the UK in winning several Gold medals at the Olympic Games including Torvill and Dean (who practiced their Olympic-winning ‘Bolero’ routine at Planet Ice) and Greg Rutherford (who won Gold at the 2012 London Olympics for Long Jump). The ‘Leaping Man’ statue and two gold postboxes in Lloyds Court are a long-standing tribute to Greg’s achievement.

7. MK has plenty of arts and culture (not just animal statues)

Aside from the infamous ‘Concrete Cows’ installation by Canadian artist Liz Leigh, the city provides a thriving hub for art, theatre and music. Milton Keynes Theatre is reported to be one of the UK’s busiest theatre districts outside of London’s West End with regular shows such as RSC productions, the English National Ballet and musicals such as Matilda, Jersey Boys and Legally Blonde. With over 200 public art installations in the area, there is also a major refurbishment of MK Gallery due to open in 2019 offering a new home for contemporary art, live performances and film showings. For gigs and live music, check out The Stables where you can see the likes of Newton Faulkner, Northern Soul and Joan Armatrading perform. Let’s not forget The Bowl where icons such as Take That, Linkin Park, Bon Jovi, Oasis, Guns and Roses and Eminem have performed.

8. The local schools and colleges have strong education ratings and rankings

9. New adventures are just around the corner

You don’t have to travel far to experience thrill sports. The Xscape in Milton Keynes offers the SnoZone where you can ski or snowboard to your heart’s content all-year-round and has taught over 2 million guests since its opening in 2000. To satisfy your inner Peter Pan, you can also learn to fly through a unique indoor sky-diving experience iFLY which allows people of all ages to soar through a 12 ft wind tunnel. On warmer days, you can sail, paddleboard or powerboat your way across Willen Lake.

10. The shopping centres attract over 27 million visitors each year

If you are looking for retail therapy, Milton Keynes offers an impressive shopping centre made up of two adjacent shopping areas, Intu Milton Keynes and thecentre:MK which offers 120,773m2 of high street and designer retailers and is ranked in the top 15 largest shopping centres in the UK (even featuring in the 1997 Guinness Book of World Records for the longest shopping mall in the world). MK shopping is only due to get bigger over the next 10 years as Intu Milton Keynes has been granted expansion plans to add 9,300m² of space to the centre, including a new food hall over two levels and a five-screen boutique cinema.

If you want to find your dream home in Milton Keynes, contact the Limestone team on 01908 234 111 or email us at info@limestonemk.co.uk

This website uses cookies to improve your experience. We'll assume you're ok with this, but you can opt-out if you wish.Accept Read More